2. The statement which provoked Ishibashi into this comparative volubility was a suggestion that the new emphasis on the re-opening of schools in China as a part of campaign to end the violence of recent months was the most significant recent development in the Cultural Revolution. Ishibashi said that he thought we always over-emphasised the importance of the educational system in China: he himself thought that a detailed study of organizational - structure , specifically the organisation of the new revolutionary committees, would give a much better key to possible future developments.
3 Ishibashi then gave us two slogans which had been appearing recently in China and which he thought provided a very useful indication of the way things were moving. The first was Tou-ssu siu (斗私批修), which he translated as self - criticis m , down with revisionism". The second pair of characters he thought had been put in merely to fill out the slogan to the required four characters of which all slogans must consist . The " self - criticism " element he interpreted as a call for activists in Hong Kong and elsewhere to return to their homes and think things out for themselves, individually or in small groups. This slogan first appeared on 1 October, introduced by Lin Piao, and had been widely disseminated since them. The second slogan had begun to appear more recently in the People’s Daily, and translates roughly as " the present state of affairs is excellent , not just satisfactory" ( 大好不是小好) Ishibashi thought that this slogan implied a condemnation of those who seek to provoke further violence and disturbance , and that it represented a further move by the Mao faction to consolidat e the present policy. He thought however that there would be another wave of purges in Peking before very long.

4 At this meeting we were handed the usua1 batch of papers in Japanese, of which three (refuge reports) seem to us of interest and are being translated f o r you. I shall send them on when they are ready. 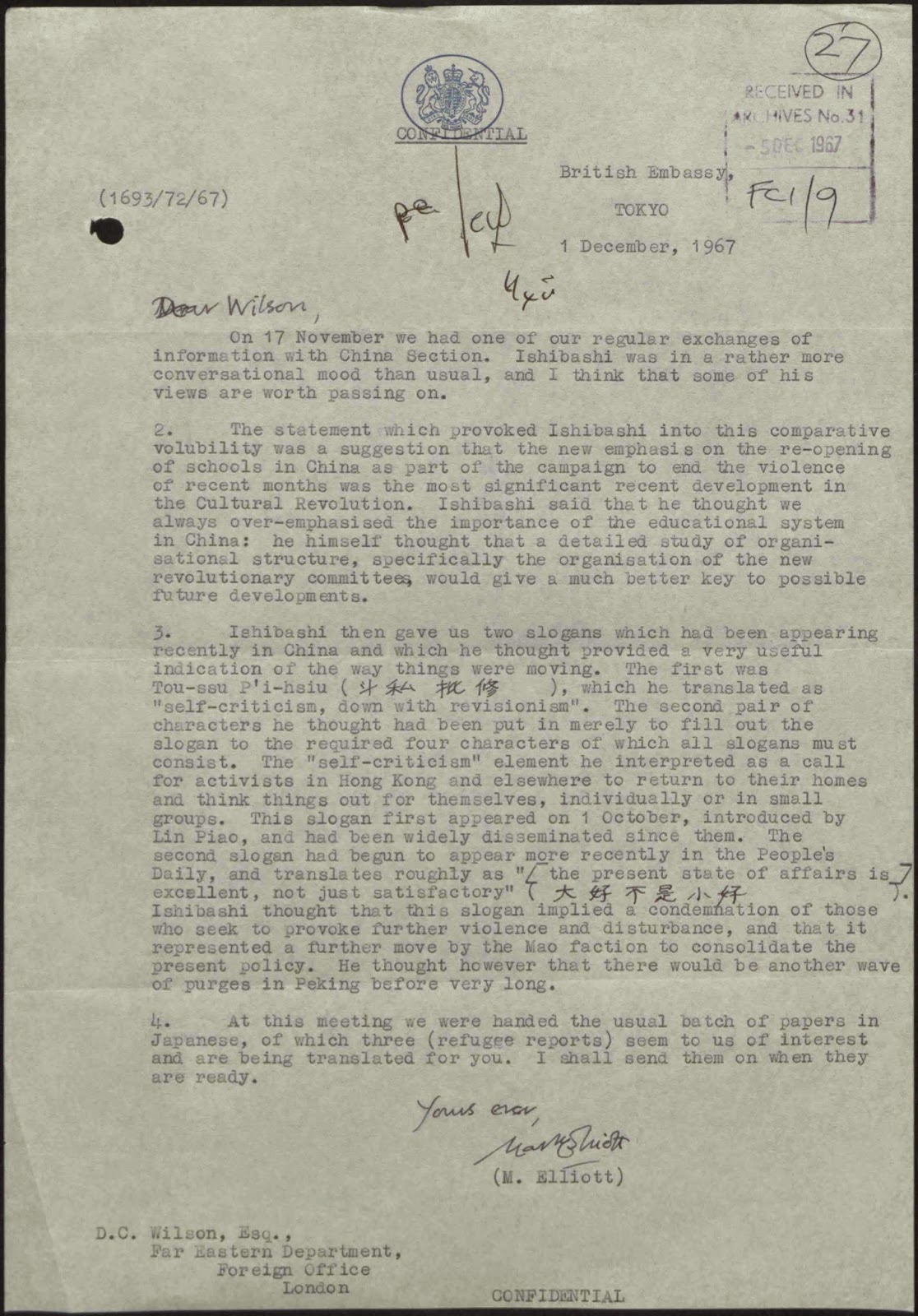