Dear David,
Herewith a vignette of life in the Red Guard.
2. The Norwegian Second Secretary drove a foreign friend back to Peking University late on the evening of 10 September. As he was turning his car to return to Peking three Red Guards rushed out and asked for a lift to town. The party set off, but when they got to Tsinghua a pretty Red Guard girl was spotted. The Guards asked my friend to stop and tried to persuade her to join the party. When she refused, two of the Guards got out to flirt with her there.
3. The expedition now resumed, consisting of my friend and the remaining Red Guard. The latter said he was a third year middle school student from Honan. He was having the time of his life in Peking, where the girls were much prettier than back home. It was by now nearly 2.0 a.m. but the Red Guard insisted on driving round and round the centre of Peking in style. He expressed a lively interest in foreign cars and foreign countries. Asked if he wasn't afraid of what would happen if the police saw him in a foreign diplomat's car, he said "I don't give a --- for the police; I am a Red Guard!”
4. The scene closed when my friend ejected the Red Guard at the T'ien An Men Square, but not before having been presented with a tenderly inscribed copy of the pocket Mao.
5. I am sending copies of this letter to Dick Clift in Information Research and Emrys Davies in Hong Kong. 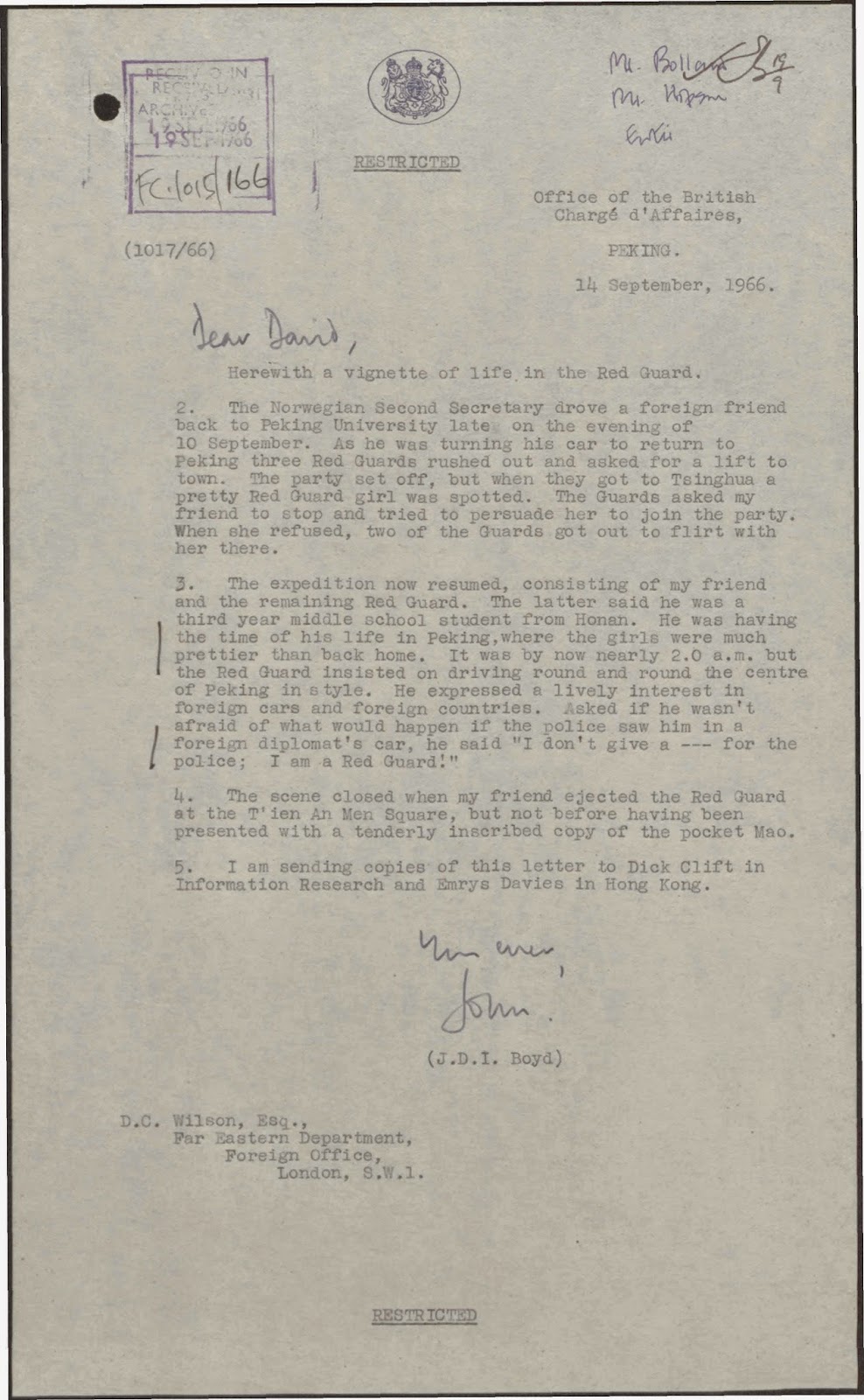