CONFIDENTIAL
FROM PEKING TO FOREIGN OFFICE

and Saving to: Moscow

My telegram No 724: Red Guard Activity
Following is current situation report on Red Guard activity, based mainly on our own observations.
2. Since 28 August and more particularly since mass rally on 31 August (speeches at which were repeatedly broadcast for several days after), public acts of violence by Red Guards in Peking began markedly to abate, and these have now virtually ceased, A good deal of the normal life of Peking is gradually being resumed. The police have taken charge again. Citizenry are now painting monster slogans, new signboards for shops, etc., and some new permanent street signs have appeared . Gigantic brick hoardings (presumably destined to carry Mao's sayings) are being erected at key points in town and on airport route. These will presumably be ready by National Day on 1 October. All this activity suggests that destructive phase, in Peking at least, is over and “setting up the new” is in operation.
3. Nevertheless, individual Chinese hung with placards of shame are still to be seen under escort in streets or being sent out to unknown destinations in the country and quieter persecution goes on. Chinese associated with Foreign Missions are still being harried, and the Red Guards continue to occupy the foreign cemetery.
4. Peking is crammed with young Red Guards from other parts of China, and the railway station has been a vast transit camp for over a week. Trains to and from the provinces are full to bursting point with young passengers. The streets of the capital are still festooned with leaflets, posters, "suggestions" etc, emanating from Red Guards (though few new ones have appeared in recent days). Surplus young population is being kept occupied (apart from meetings), transcribing texts on streets into their notebooks and queuing up (often for hours at a stretch) for the "works" or lapel badges Of Mao.
5. Peking University (like the railway station) has also the appearance of a transit camp , and former university party members are still on display at manual tasks in the campus, providing negative example for Red Guards from outside Peking.
6. Wall posters give ample evidence of disorders in the last week of August in several major Chinese cities ( including Peking, Tientsin , Tsingtao, Changsha and Lanchou.), and a number of "wanted" notices appear to confirm this . Presumably the restraining message of 31 August is getting through, after some time lag , to provincial Chinese cities , but situation there until recently seems to have been confused and tense.
7. The directive in People's Daily of 7 September that Red Guards should go to help with the harvest in the countryside may siphon off the floating population. Posters have been seen asking Red Guards from other cities to leave Peking by 10 September. There is no confirmation yet that the Red Guards will become a permanent organization. 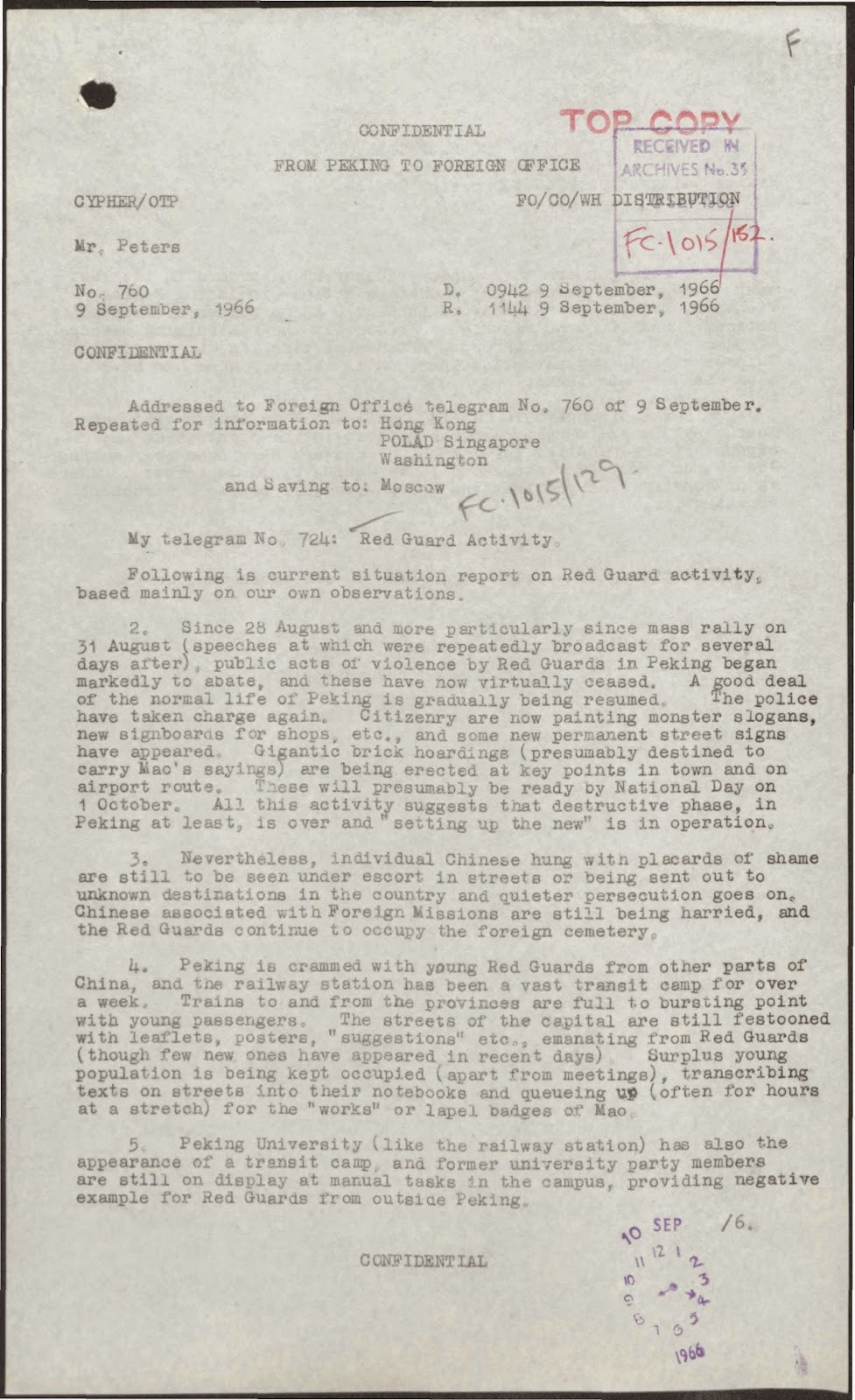 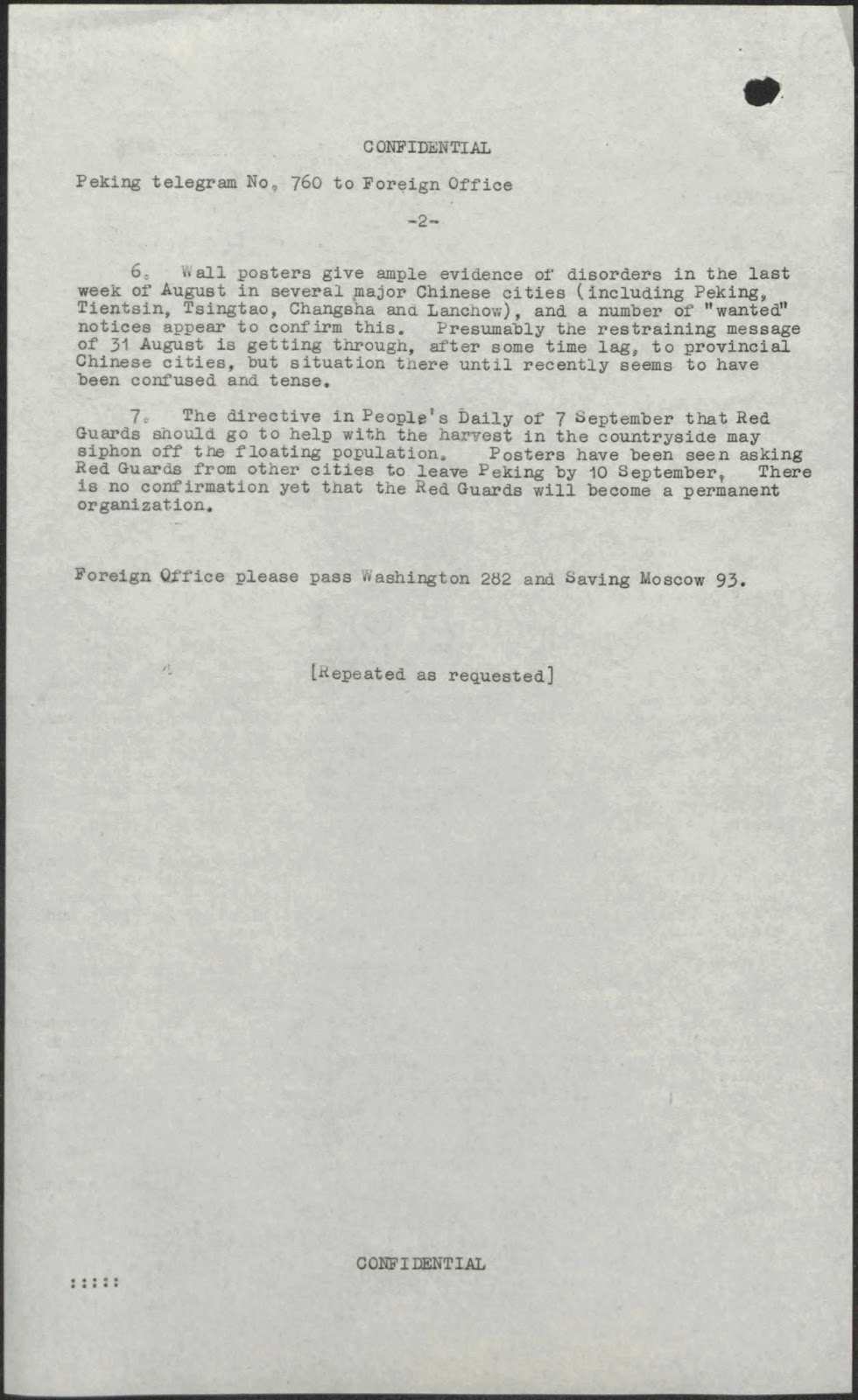