30 January, 1967
Unen of 29 January reported that the Mongolian Embassy in Peking has been suffering at the hands of the Red Guards.

2.      The article concerned, which took the form of an announcement, stated that on 26 January a Mongolian diplomatic car was illegally stopped in the streets of Peking. Red Guards broke the car windows with their fists and on the car body they daubed in black paint "We will destroy the Soviet revisionists".

3.      Another incident took place on 27 January from 4.20-5 a.m. Chinese citizens appeared outside the Mongolian Embassy with loud­speakers and shouted anti-Soviet slogans in Russian, Chinese and English.

4.      According to the article the Mongolian Embassy sent a severe protest to the Chinese Ministry of Foreign Affairs describing the incidents as anti-Mongolian, as slandering and provoking the Mongol people and accused the Chinese of treating Mongolian representa­tives rudely.

5.      The Mongolian Ministry of Foreign Affairs and the Mongolian Government demand an immediate cessation of such anti-Mongolian provocations, and demand that those guilty of taking part in the incidents must be punished. China must protect the Embassy in such a way that work may proceed normally and the safety of the Embassy staff be ensured.

6.      The article closes by saying that the Chinese Ministry of Foreign Affairs considers the action against the Embassy justified and is not willing to take measures.

7.      I am sending copies of this letter to Peter Maxey in Moscow, Donald Hopson in Peking and Nigel Trench in Washington.
(R. H. Mason) 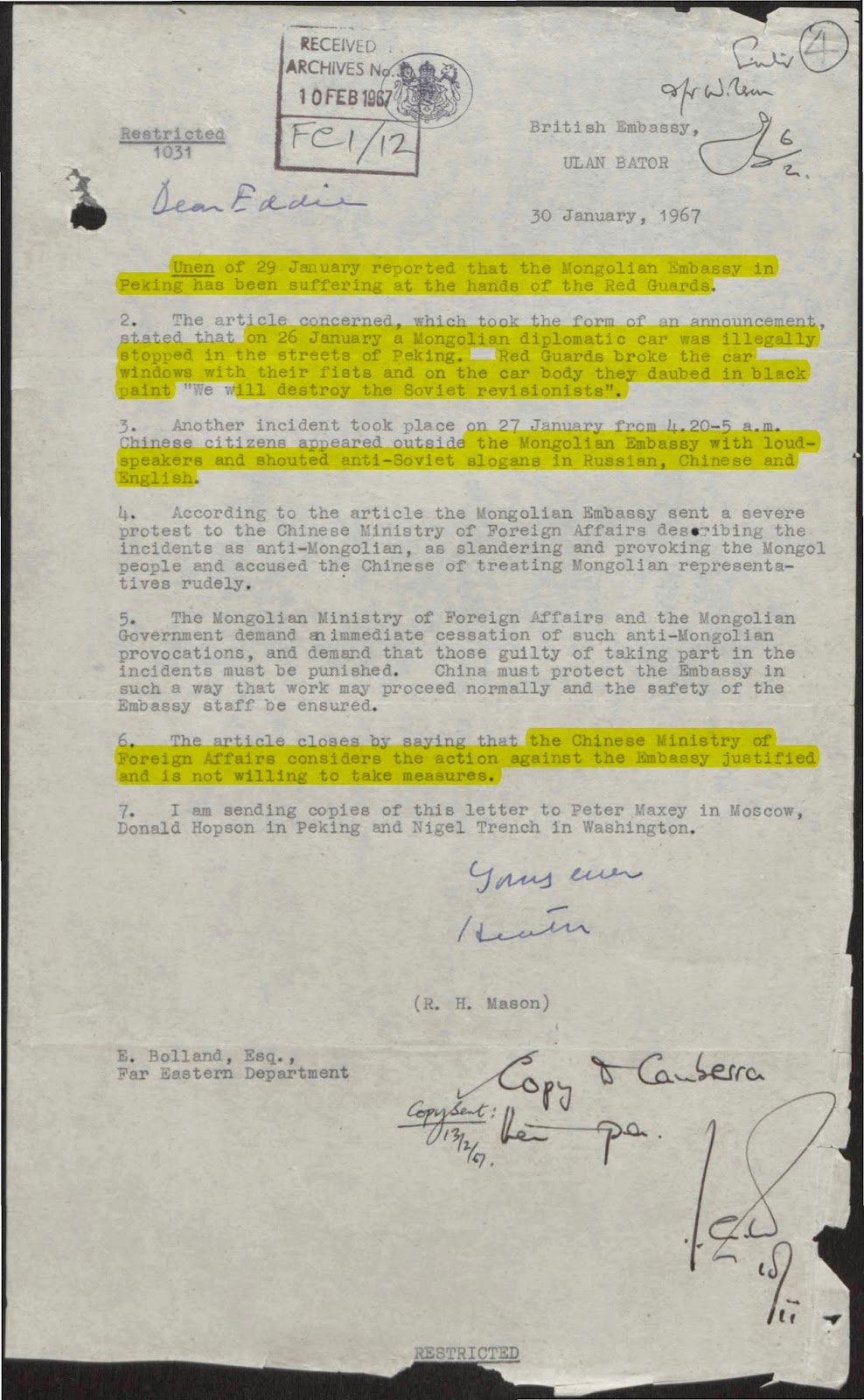