1. We were informed today that there would be a tour for heads of missions and their wives (accompanied by one other) from 10 to 22/23 April. The towns to be visited are Wuhan, Canton, Chengchow and Linhsien (to see the Red Flag Canal). The journey will be made by special train. This group will comprise western European, American and Asian missions. There will be a second tour in May for the rest.

2. This is earlier than I would have wished in view of the very recent arrival of Samuel and Walker, but I certainly think I should go and would prefer to be included in this group rather than the other. The tour will necessitate a change in my plans to visit the Canton Fair. I now propose to travel to Canton on the weekend 7/8 May, stay for two or three days and return via Shanghai. 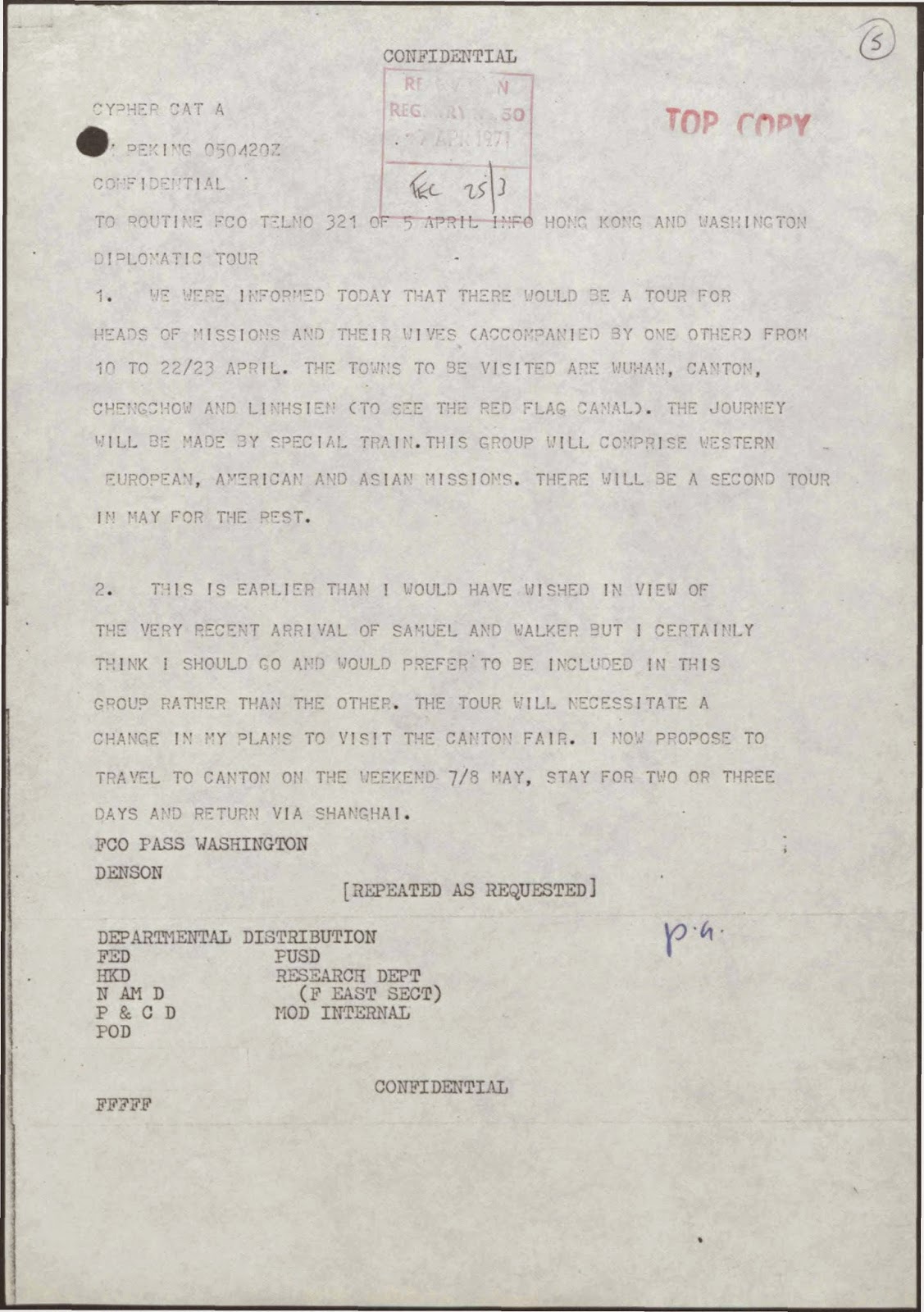 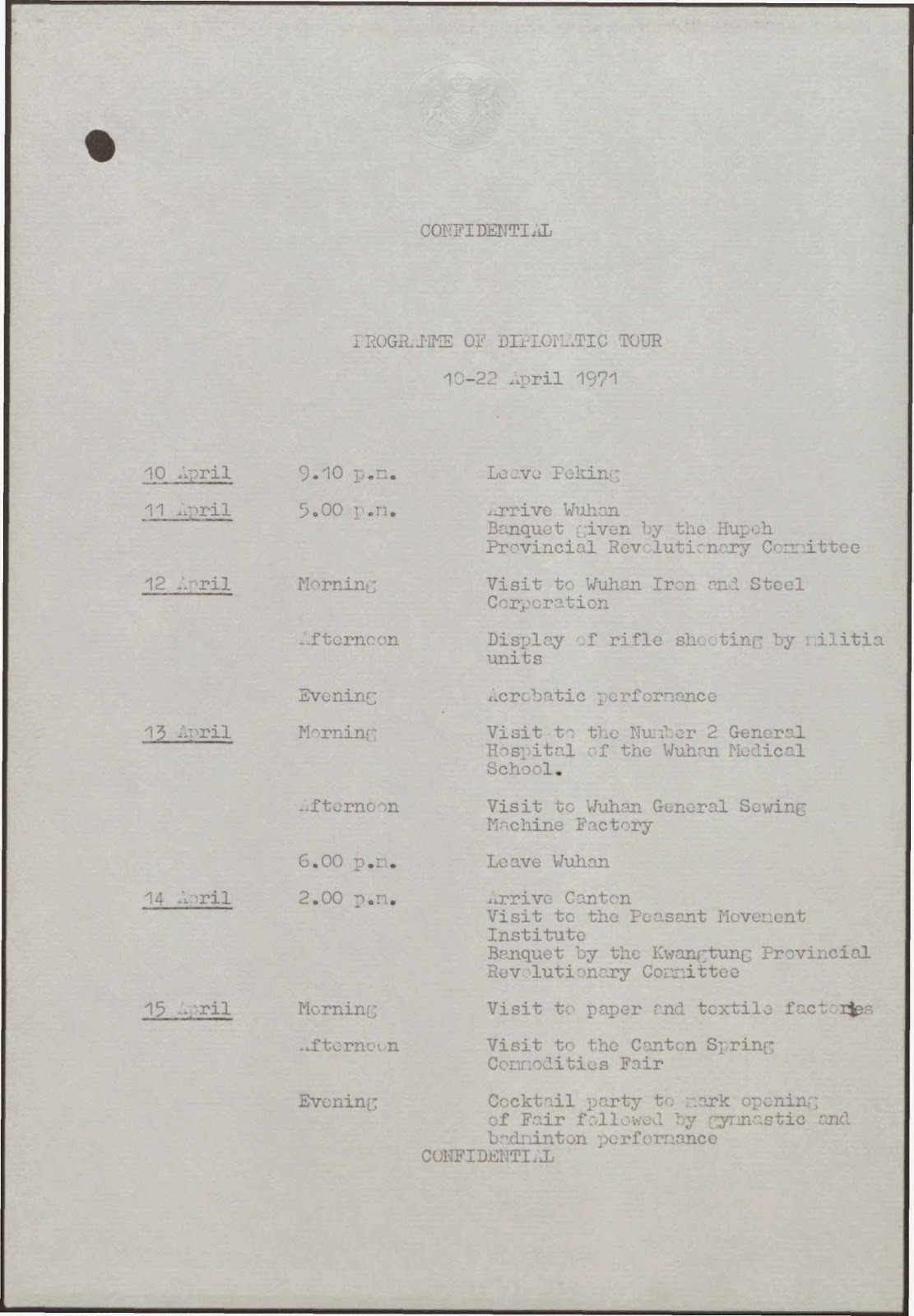 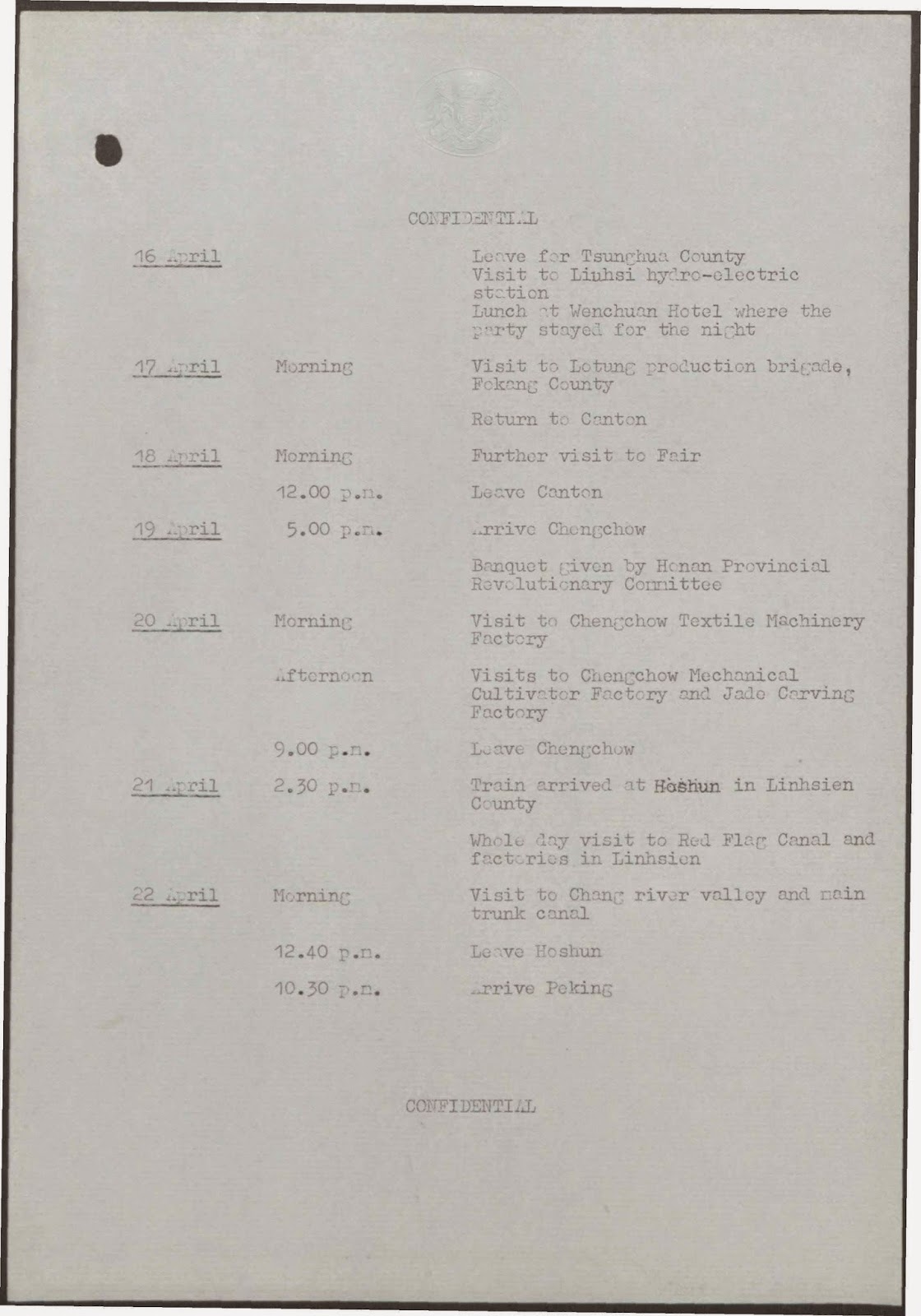