John Boyd has passed to me your letter 3/1 of 25 February on the above subject. The division of labour between us is, I concede, obscure but since I deal with all the detained British subjects except Anthony Grey, detained foreign nationals also come into my sphere of influence.

2.  I am most grateful to you for drawing our attention to the fact that the Dutch seamen had also run into difficulties. I am not, however, entirely persuaded of the conclusion you drew in your paragraph 2 - i.e. that the Chinese use the detention of seamen to express their disapproval of the political actions of the countries of which the men are nationals. What little we know of the facts behind the detention of Captain Will and Mr. Crouch suggest that they were indeed in breach of Chinese regulations before they were detained and the same applies to those ships' officers previously detained and released. I find it hard to believe that the Chinese in possession of evidence that an officer of any nationality had either used a bust of Mao for target practice or noted the pennant numbers of Chinese naval vessels would not arrest him, whatever the political relations between China and his country of origin.

3. That apart, I entirely agree with you that those charged with the task of briefing marine Intelligence agents should be extremely careful in their advice to ships' officers visiting China. I would also suggest that the strained political relations between China and the Netherlands are likely to delay the release of the two men involved. You will of course appreciate the difference between that and political considerations being a reason for their detention, whatever the excuse.

4. I am sending copies of this letter to the recipients of yours.
(E.J. Shariand) 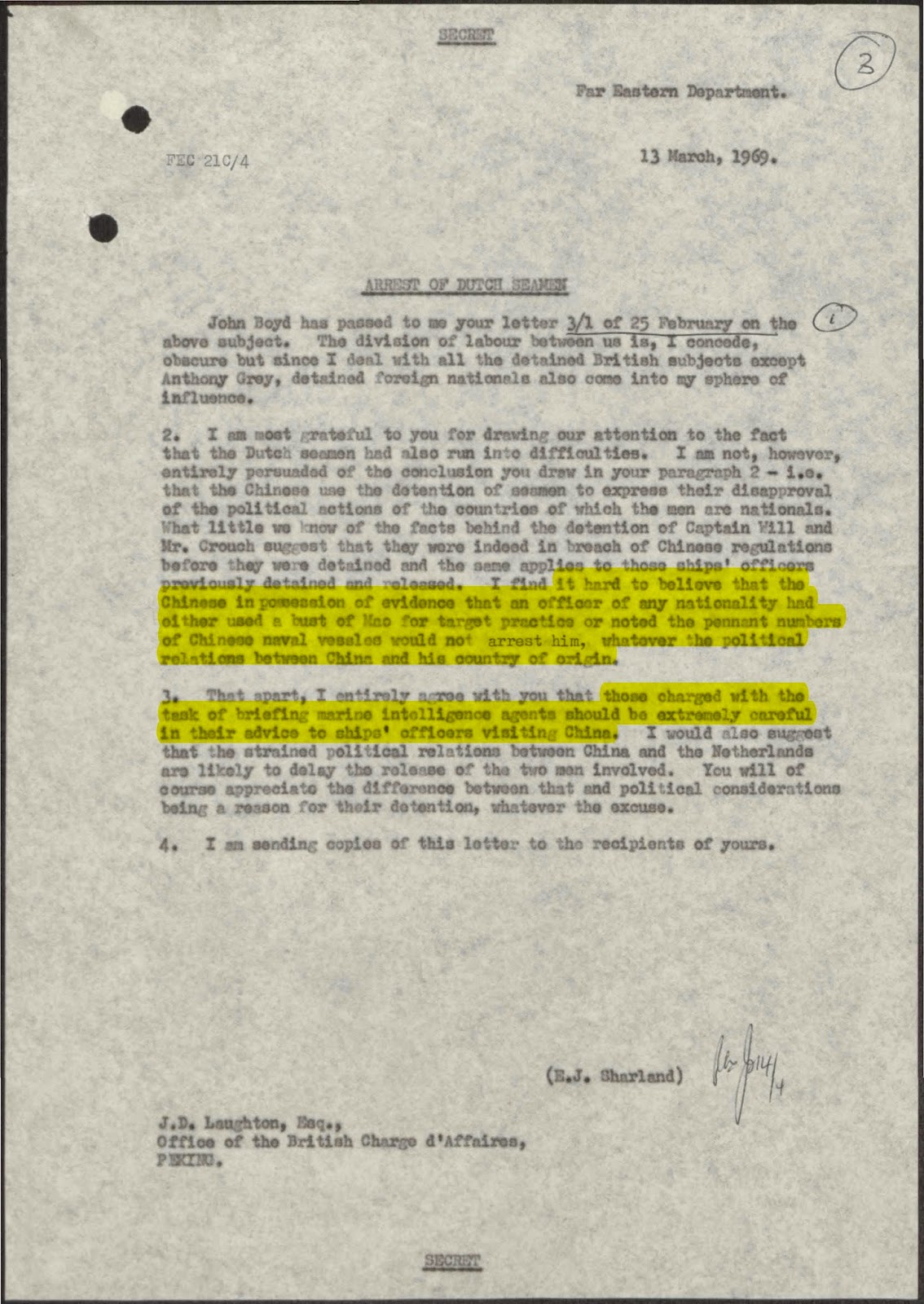