My Dear John,
You may have been puzzled by the reduction in our output on internal Chinese affairs over the past week or so, and perhaps I owe you a word of explanation.

2. The first point is that our source of Chinese provincial newspapers, the Polish correspondent Moskiewicz, is away from Peking, He went to North Korea to cover their National Day on 9 September, stayed on for the Pueblo news conference a few days later and has not so far returned to Peking, although I am told he will probably do so during the coming week. It should then he possible to resume our arrangement with him in the normal way.

4. Secondly, there seems to be a natural lull in the tempo of events just now, as we approach the National Day celebrations on 1 October. As always at this time, the walls of the city are scraped clean of old posters, but this year there have been fewer to scrape off than before, and it seems most unlikely that wall-poster activity will resume when the holiday period is over to any significant degree. It is also rare to see red guard newspapers on sale in the town; this scarcity is reflected in the fact that our Soviet contact had absolutely nothing to offer me in exchange for U.S. Consulate SCMP material when I met him this week. Thus our traditional sources of "street informations" have almost complete dried up. The official press seems to be free-wheeling at the moment with an endless succession of follow-up articles about educational reform and worker propaganda teams; we must wait until 1 October to see what new impetus, if any will be given to the movement.

5, There are few outward signs of "revolutionary activity" in the city. Marches, demonstrations and the like seem to be confined to rehearsals for the October celebrations, and the larger scale exercises for this purpose are carried out late at night when traffic conditions are easier. In general, the atmosphere in the streets is rather relaxed: street corner loudspeakers are not being used very much and you would be lucky to see a single wall poster if you walked the length of Wang Fu Ching. Cinemas are showing colour newsreel sequences of Mao's appearances ever the past year, but the audiences are thin and display no excitement whatever. The AFP correspondent, who has recently visited Shanghai, tells me that there is a similar air of relaxation there.

6. A few days ago in a commission shop I saw a number of excellent second hand Spalding golf-clubs being sold piecemeal to young Chinese at 1/6d. per club. When I asked one Chinese why he had bought a club he replied "Just to play around with". Today one could believe him; whereas two months ago it would probably have been used for beating heads in at Peking University! 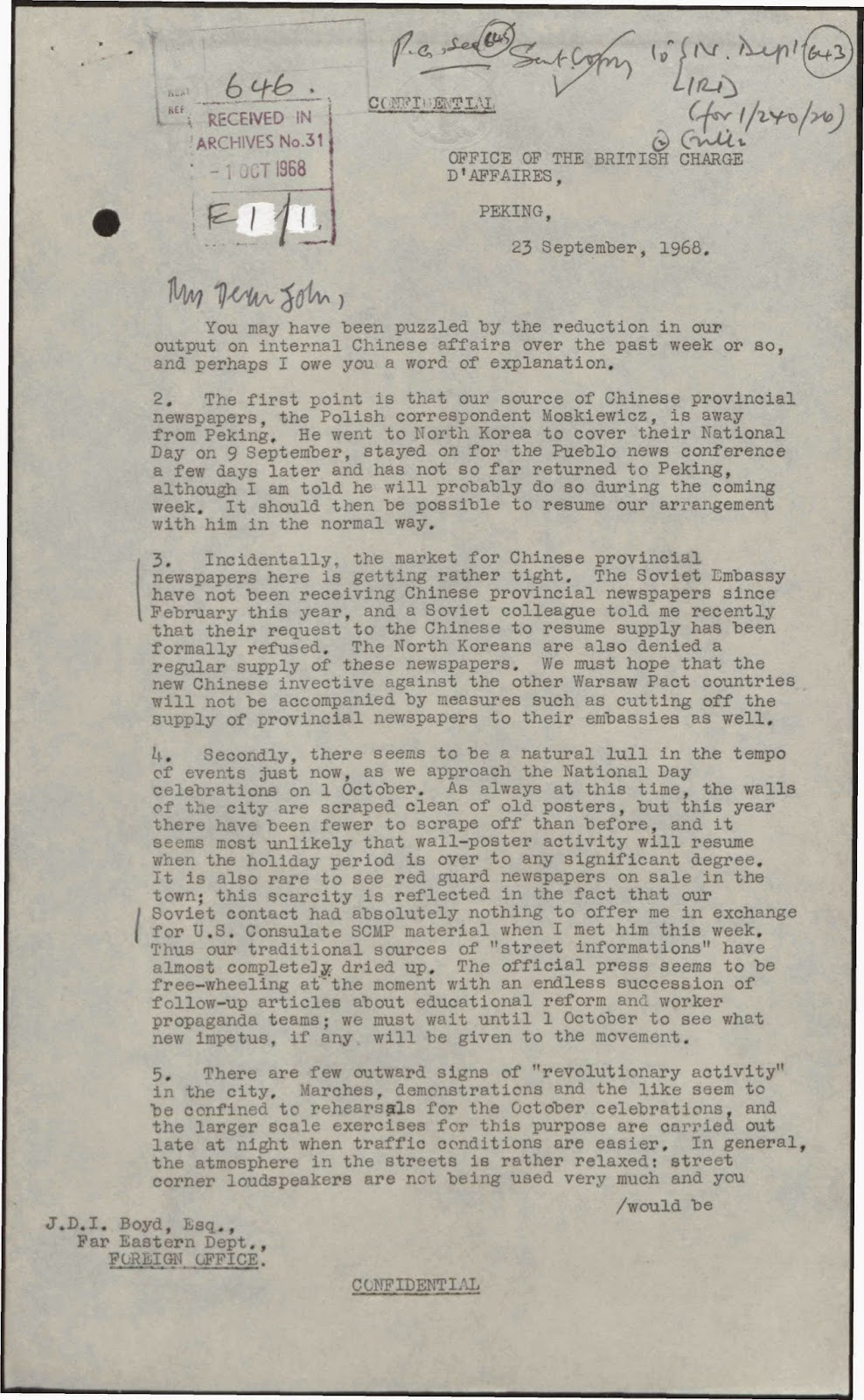 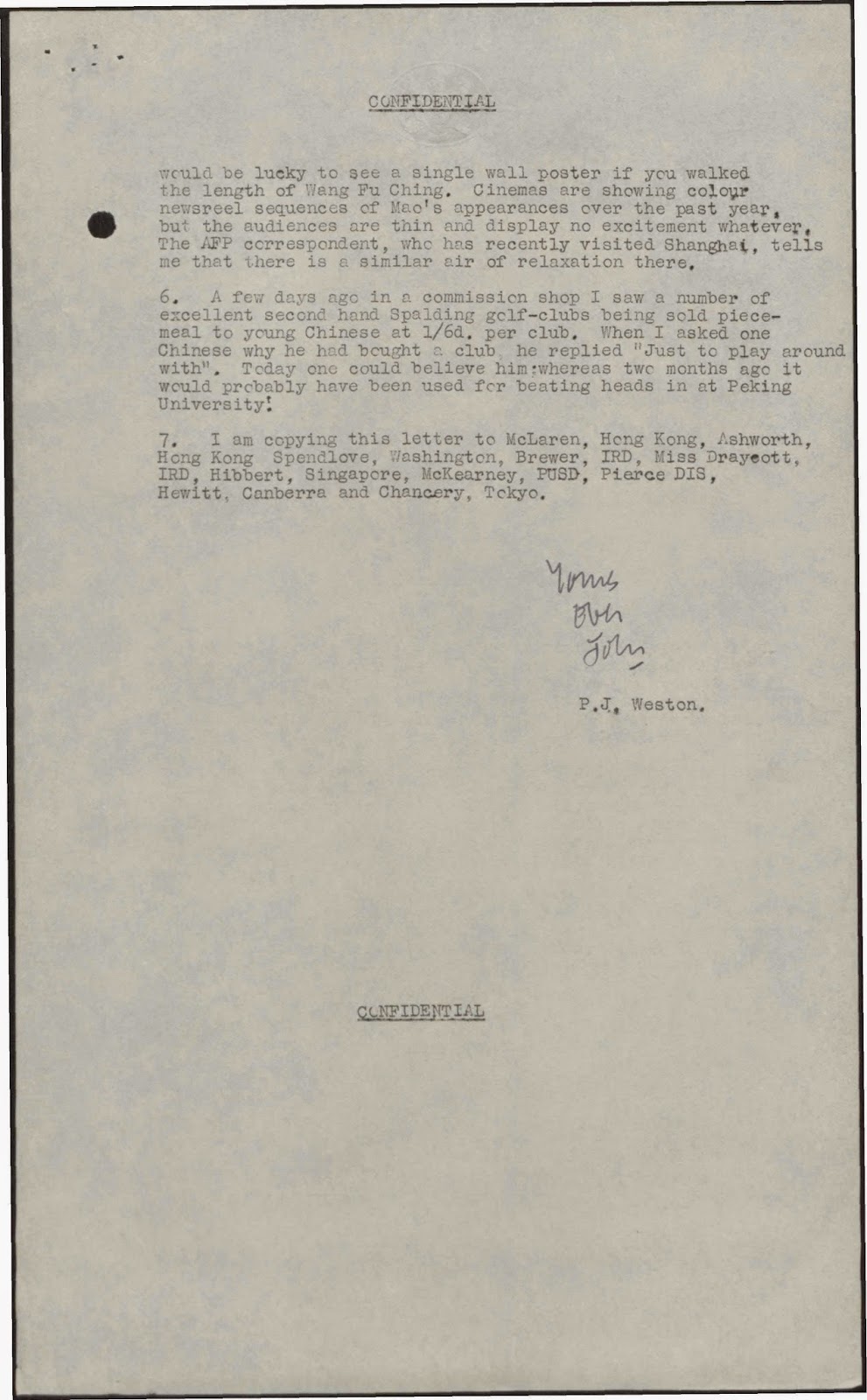