M. de Beauvais called on me today to discuss this subject. The following points emerged:-

(a)   According to information he had from his Mission in Peking some German businessmen have recently been told that they could not stay for as long as they had originally arranged in Peking, and that it would "be convenient if they would leave before the 25th September. French businessmen had also heard this. Some had been told in private that the Canton Fair might not cake place (it usually runs from 15 October to 15 November). Japanese businessmen have been leaving Peking in quite large numbers and the Hsin Ch'iao Hotel is now semi-empty.

(b)   The impression of the French Embassy is that the de-Mao-ification campaign had speeded up during the last two weeks. They had noticed in particular that on some billboards in Peking whilst the Quotations had not been wiped out the signature of Mao had.

(c)     For what it was worth the French had the secondhand impression that when Mao received Ne Win on 7 August he was looking very tired. This may have some bearings on the rumours on his health.

Mr Daeheln, Counsellor at the Norwegian Embassy, telephoned this afternoon to discuss this subject. He had the following points to make:-

(a)            On 23 September the new Norwegian Ambassador, Mr Ravne, flew from Canton to Peking without any problem. Other civil flights such as the PIA one to Shanghai also operated on that day.

(b)             The Norwegian Embassy in Peking had discussed the events in China with the Chinese MFA on 24 September. The Chinese had said that all communications in China were normal, the banquet on 30 September would take place as normal, the reduction of the celebration of the National Day had been discussed last year and although it had been left a little bit late there was nothing unusual in its being dealt with this year. They added that the rumours arising from the visits of heart specialists to Peking were just rumours, and said that a few years ago when the May 1st celebrations were reduced similar rumours had appeared.

(c)              The Norwegian Embassy reported that speculation continued. They added that foreign businessmen in Peking, including some Norwegians, had been asked to curtail their stay and leave by 26 September. 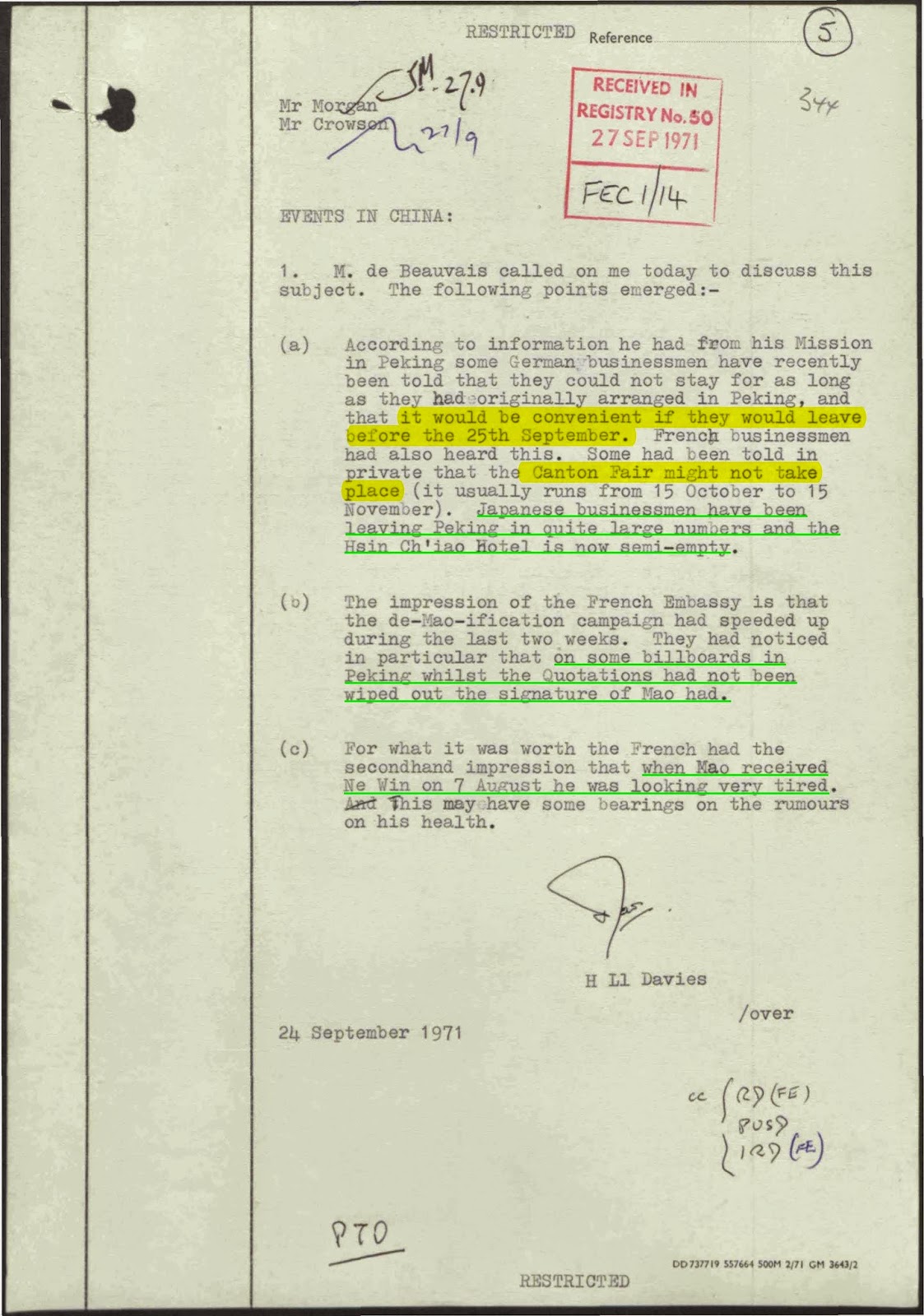 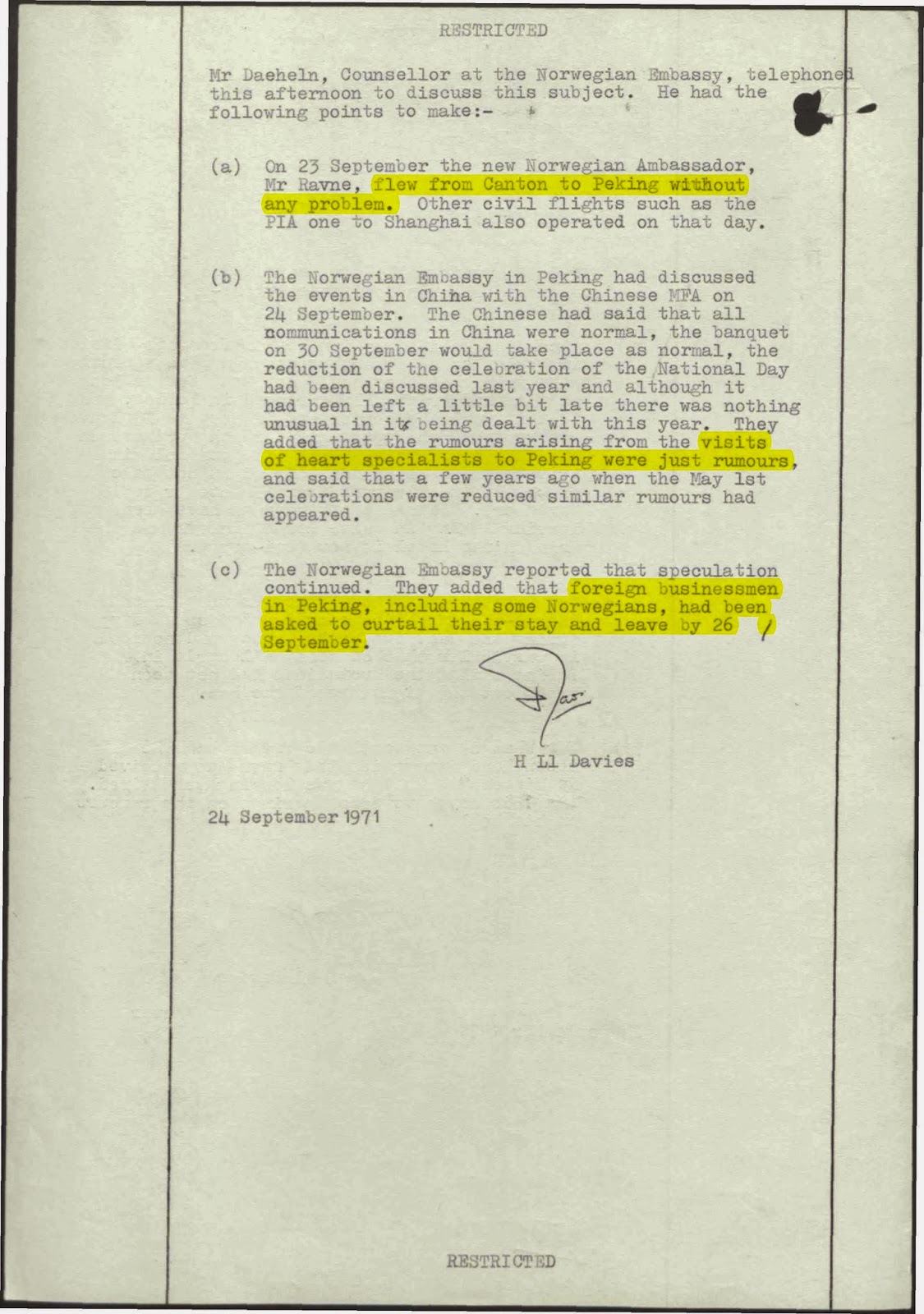